手机版 首页 >  > Case Study > Write in a paragraph or two a strategic analysis comparing Alibabas with Ebay and VIPS (Vipshop...

Write in a paragraph or two a strategic analysis comparing Alibabas with Ebay and VIPS (Vipshop...

Strategic management is a process that assesses and manages the business and the administration in which an organization is involved. It assesses its opponents and sets aims and plans to meet all current and potential rivals. With appropriate administration, it is possible to know the result of environmental variations on the business.

Alibaba merchandising volume is higher for about three to four times than e-bay. E-bay has a more global outlook with the US, and Alibaba has around 95% of revenue from china.

The entry of new players- Arrival of new entrant is a challenge, and both the companies have hard competition. E-bay is at higher risk as Alibaba has more potent user footage in china market, which is somewhere challenging.

Bargaining power of buyer- Here both have fair competition as technologically advanced in electronic trade allow the customer to purchase goods from any place, and this results to improve their bargaining power.

The threat of substitute- it is easy to replicate the model as both have similarities as they approach merchants to make order setup and keep no stock, so they have high threat here.

Competition from rivalry-For Alibaba, rivalry competition is lower as Alibaba is a market guide in China so e-bay has the stiff route.

Supplier power-It does not have high pressure as of competition within the supplier is vast.

The entry of new players- The capital specifications within the industry is high. Therefore, making it difficult for new entrants to set up businesses as compared to Alibaba it has already earned high profits and establishment in the market. Thus, the threat is low for Alibaba

Bargaining power of buyer- Here both the companies have less treat to the buyer as VIPS have a less price-sensitive consumer, and Alibaba has a vast number of buyer with low price.

Competition from rivalry- VIPS industry have few competitors, and so all the moves will be noticed that results in weaker competition, whereas Alibaba faces stiff competition

Supplier power-Supplier effort to grow the market rate and Alibaba can quickly bring more supplier. Hence, supplier power is low whereas, VIPS also has weak supplier power as suppliers do not give a credible threat for forwarding combination.

While comparing with VIPS, Alibaba has its market area, customer support along with technology, so threat of substitute is immense for VIPS and will face fierce competition.

收藏  /  怒赞(28)  /  鄙视(28)
Tags标签：
上一篇： According to the model of a deposit-refund system: a. the deposit paid captures the marginal...
下一篇： Based on its physical count of inventory in its warehouse at year-e
一键复制全文
下载
听作文
APP
评论区（Write in a paragraph or two a strategic analysis comparing Alibabas with Ebay and VIPS (Vipshop...）

1、作文《Write in a paragraph or two a strategic analysis comparing Alibabas with Ebay and VIPS (Vipshop...》为网友原创或整理，版权归原作者所有，转载请注明出处！

2、作文《Write in a paragraph or two a strategic analysis comparing Alibabas with Ebay and VIPS (Vipshop...》仅代表作者本人的观点，与本网站立场无关，作者文责自负。 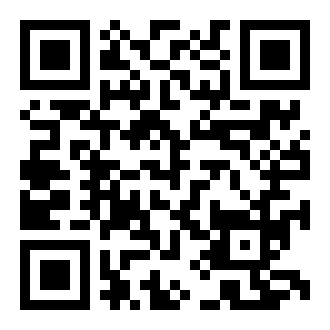